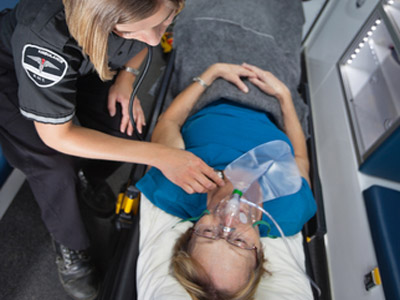 Intervention Soon After Trauma Cuts PTSD Symptoms
Clinicians have searched with mixed success for interventions shortly after trauma occurs to prevent later posttraumatic stress disorder (PTSD). In a newly reported study of the issue, Emory University researchers randomized 137 patients to review and process their trauma experiences under the guidance of a trained therapist.
The one-hour therapy began in the emergency room within 12 hours of the trauma and was repeated one and two weeks later. Symptoms were assessed at weeks 4 and 12. Significantly fewer patients in the intervention group met criteria for PTSD at week 12, compared with controls. There was no significant difference in PTSD severity at weeks 4 and 12 for victims of physical assault or transportation accidents, but victims of sexual assault did significantly benefit from the intervention at both follow-up times.
“[T]he modified prolonged exposure intervention presented here may be able to prevent the development of PTSD . . . by encouraging engagement with the trauma memory and providing an opportunity for fear habituation and processing of unhelpful cognitions, thus modifying the memory before it is consolidated,” wrote Emory’s Barbara Rothbaum, Ph.D., and colleagues in the December 1 Journal of Biological Psychiatry.