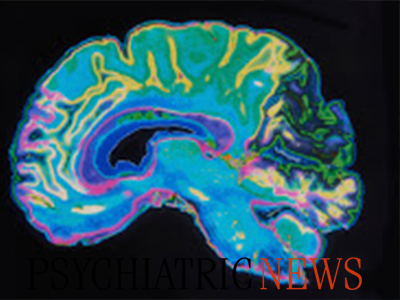 Targeted Deep Brain Stimulation May Reduce Symptoms of Treatment-Resistant Depression
The Voice of the American Psychiatric Association and the Psychiatric Community
Deep brain stimulation (DBS) of the ventral anterior limb of the internal capsule (vALIC) may reduce depressive symptoms in patients with treatment-resistant depression, according to a report online in JAMA Psychiatry.
“To our knowledge, this is the first study showing the efficacy of deep brain stimulation of the ventral anterior limb of the internal capsule that cannot be attributed to placebo effects,” the researchers wrote.
The study used a novel trial design to evaluate targeted stimulation of the vALIC: 25 patients with treatment-resistant depression first received an open-label treatment with DBS in an “optimization” phase until stable response was achieved; 16 patients were then randomized to receive active treatment for six weeks followed by a sham for six weeks, or a sham treatment for six weeks followed by active treatment for six weeks.
In the optimization phase, which lasted about 52 weeks, the main outcome measured was the change in the investigator-rated score of the 17-item Hamilton Depression Rating Scale (HAM-D-17). Patients were classified as responders to treatment if they had a 50 percent or greater decrease on the HAM-D-17 score after treatment compared with baseline. In the crossover phase, the primary outcome was the difference in the HAM-D-17 scores between active and sham DBS.
Ten of the 25 patients (40%) were classified as responders in the open-label optimization phase and six (24%) were classified as partial responders. The average HAM-D-17 scores decreased from 22.2 at baseline to 15.9, and the mean time to first response in responders was 53.6 days after the start of the factor optimization. In the crossover phase, patients (including both responders and non-responders in the optimization phase) scored significantly lower on the HAM-D-17 scale during active treatment than during sham DBS. Regardless of responder status, the authors reported that patients tolerated vALIC DBS well.
In an editorial accompanying the study, Helen Mayberg, M.D., a pioneer in deep brain stimulation, and colleagues noted the unique study design: “The 40 percent open-label response rate demonstrated [in the study] is similar to that reported in the first open-label study of vALIC DBS for TRD. However, it is the second phase of this study—discriminating effects of active versus sham stimulation—that is most compelling. …. With increasing interest in targeted circuit modulation for depression and other psychiatric disorders, the … study further highlights the need to seriously consider customized trial designs in planning any invasive device trials, be it DBS, vagus nerve stimulation, or a future novel technology.”
Mayberg and colleagues concluded, “A cynical reading of the study ... might lead to the conclusion that the labor-intensive and expert-driven tuning of the DBS device required for treatment response makes this a nonviable clinical intervention for TRD. On the contrary, we see a tremendous opportunity to retrospectively characterize the various features that best define patients who responded well to this treatment.”