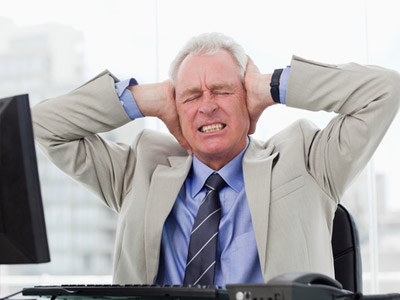 Stress May Be Able to Alter Genes
The Voice of the American Psychiatric Association and the Psychiatric Community
Stress is known to be capable of triggering various types of illnesses, some quite serious. One way by which it does so appears to be by methylating the gene that makes the receptor for oxytocin—a hormone that performs several crucial functions in the brain and body. So reported Gunther Meinischmidt, Ph.D., of Ruhr University in Germany, and colleagues in the August 15 Translational Psychiatry. "This may enhance the understanding of how psychosocial events alter DNA methylation and could provide new insights into the etiology of mental disorders," they suggested.

In several other recent studies, researchers have reported potentially valuable insights into how stress triggers illnesses. For example, stress has been found to provoke inflammatory reactions in people's bodies, especially if they experienced early-life adversity. And the impact of stress on the heart is now known to be as deleterious as that of other cardiovascular risk factors such as smoking, high cholesterol, and lack of physical activity.