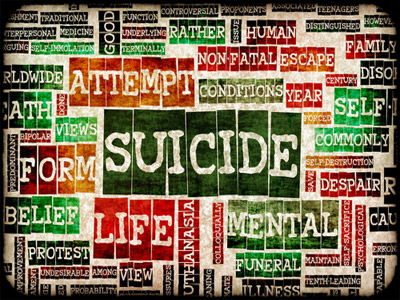 Suicide Now Leading Cause of Injury Mortality
The Voice of the American Psychiatric Association and the Psychiatric Community
Mortality rates for suicide rose substantially over the past decade, and suicide has passed motor-vehicle crashes as the leading cause of injury mortality, according to a report appearing yesterday in the American Journal of Public Health. Researchers at West Virginia University School of Public Health and other institutions used annual underlying cause-of-death data from the National Center for Health Statistics to describe national trends in fatal injury for 2000-2009.

Suicide ranked first as a cause of injury mortality, followed by motor-vehicle crashes, poisoning, falls, and homicide. (Good news from the study was that the unintentional motor-vehicle mortality rate declined 25 percent.) The researchers speculate that a steep increase in unintentional poisoning they found may be related to the epidemic of prescription drug abuse. They suggest that the suicide data point to a "global public-health problem" in that suicides have also surpasses motor-vehicle accident mortality in the European Union, Canada, and China. Read more about the study here.