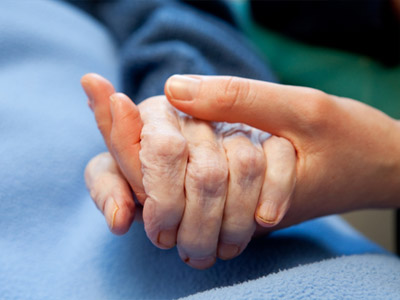 Delirium Is Too Often Ignored
"Delirium is extremely common among older adults in intensive care units and is not uncommon in other hospital units and in nursing homes, but too often it's ignored or accepted as inevitable," Babar Khan, M.D., an assistant professor of medicine at Indiana University, asserted September 18 in a press release on a new study. Delirium also markedly increases the risk of developing dementia and triples the likelihood of premature death, Khan and his colleagues found after reviewing 45 years of research and 585 studies on delirium. They reported this finding in the September Journal of Hospital Medicine.
Watch for more information about the complex relationship between delirium and dementia in the October 5 Psychiatric News.


Also on the topic of delirium, some dying patients experience agitation due to delirium, causing considerable distress for their families and adding to the families' emotional burden, Scott Irwin, M.D., Ph.D., chief of psychiatry at the Institute for Palliative Medicine at San Diego Hospice, said in an interview with Psychiatric News. For more information about this subject, click here.