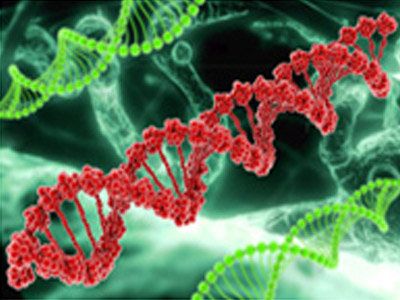 Range of Neuropsychiatric Disorders Linked to Alterations in DNA
Having multiple, large “copy-number variants”— either deletions or duplications of sections of DNA—appears to significantly increase the risk for a range of neuropsychiatric disorders whose expression as a specific disorder will differ from person to person depending on other genetic and environmental factors, according to a report in the New England Journal of Medicine.
Among the disorders that may stem from these copy-number variants are autism, schizophrenia, attention-deficit/hyperactivity disorder, aggressive behaviors, epilepsy or seizures, and specific organ defects. Having more than one of the copy-number number variants significantly increases the risk for one of the disorders.
Genetic experts at more than 20 institutions and research centers analyzed the genomes of 2,312 children known to carry a copy-number variant associated with intellectual disability and congenital abnormalities. They found that among affected children, 10.1% carried a second large copy-number variant in addition to a primary genetic lesion. “We propose that a combination of rare and disruptive variants of large effect can contribute to different phenotypic outcomes, including intellectual disability, epilepsy, autism, and schizophrenia,” the researchers stated in the article.