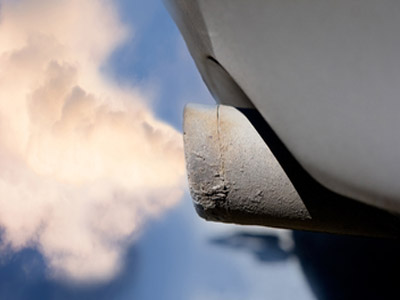 Study Finds Link Between Air Pollution and Autism
Though the etiology of autism is complex but still unclear, scientists have linked a novel factor—traffic-related air pollution—with autism rates, according to a report in the Archives of General Psychiatry. Heather Volk, Ph.D., of the University of Southern California, and her colleagues found that children living in areas with high levels of traffic-related air pollution were three times more likely to have autism than were children in areas with low levels of such pollutants. Moreover, the children with autism in this study were twice as likely as controls to have been exposed to high levels of traffic air pollution during their mother's pregnancy and three times as likely to have been exposed to high levels of such pollution during their first year of life. The findings did not change after possibly confounding factors such as ethnicity, parental education, and maternal smoking during pregnancy were considered.
"This study is a major contribution to the literature regarding factors potentially involved in the cause of autism," Christopher McDougle, M.D., a professor of autism at Harvard Medical School, told Psychiatric News. "While we know that genetic contributions exist, it is clear that environmental factors are also important. To date, few environmental factors related to the cause of autism have been identified by rigorous scientific investigation."

Read more about autism risk factors in the American Journal of Psychiatry and in the Textbook of Autism Spectrum Disorders, published by American Psychiatric Publishing.