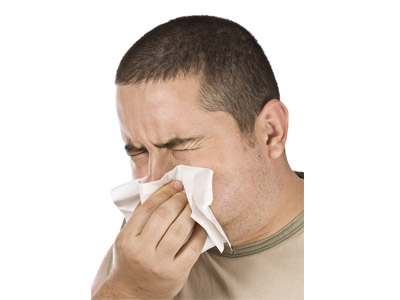 People With Mental Illness May Experience More Colds
If you've experienced mental illness during the past year, you also may have had more than your share of colds. So suggests a study headed by Roselind Lieb, Ph.D., a professor of clinical psychology and epidemiology at the University of Basel in Switzerland and reported in the Journal of Psychosomatic Research.
The study was based on a representative population sample of more than 4,000 German adults aged 18 to 65. The researchers found that having a DSM-IV mental disorder was associated with a 44% higher risk of having had a cold during the previous year. The reasons for the link are unclear, but Lieb told Psychiatric News that her leading explanation "is that mental disorders and a weakened immune system may share underlying vulnerability factors such as early-life stress, and stress caused by mental disorders leads to a maladaptive immune system and a lower threshold for the development of colds."

More information about the connection between the mind and the immune system can be found in Psychiatric News and here.